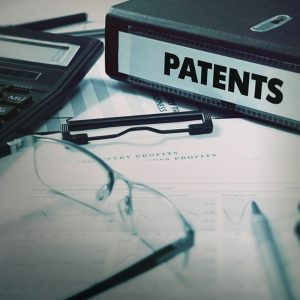 One of the big problems is the proliferation of NPEs (Non Practicing Entities), which continue to play a significant role in patent litigation. NPEs now account for the majority of the patent infringement litigation in the United States. That folks, is a mess, which requires a look into what the heck is an NPE. An NPE has been defined in a number of ways, a Patent Troll or any entity that earns or plans to earn the majority of its revenue from the licensing or enforcement of its patents.

In essence, an NPE is someone who holds a patent or produce but has no intentions of developing it. The Trolls tend to amass a large number of patents with the intention of launching patent infringement suits against companies and individuals that they claim have improperly used some piece of the patent they hold. The Federal Trade Commission (“FTC”) now uses the term PAE’s (Patent Assertion Entities) to identify Patent Trolls from the NPE’s that have different motives.

Now you may say, what’s the big deal about Patent Trolls?

“Abusive patent litigation is a drag on our economy. Everyone from independent inventors, to start-ups, to mid and large sized businesses face this constant threat. The tens of billions of dollars spent on settlements and litigation expenses associated with abusive patent suits represent truly wasted capital – wasted capital that could have been used to create new jobs, fund R&D, and create new innovations and technologies that “promote the progress of science and useful arts.”4

The strategy of a Patent Troll is simple: acquire a patent, form a company (“NuCo”) that has no assets, dump the patent into the NuCo so that if things go south the actual perpetrators of the trolling don’t have any personal exposure, and sue as many companies as they can believing the companies don’t want the adverse publicity or expense of a full-blown patent fight. The hope and belief of the PAE is that companies will each pay a small fortune to extricate themselves from the lawsuit, and the PAE will walk away with a pocketful of money for little or no effort.

Patent Trolling has been problematic in the past, since the patents that the PAE’s sue on are so vague and indefinite that it is virtually impossible to defend against the claim of infringement. In addition, there has been a reluctance in the past to award attorney’s fees against the PAE.

Fortunately, help may be on the horizon. Read my next article, Patent Trolls and The Innovation Act.

1. Michael Pezzulli, a Texas civil trial attorney, has been Board Certified in Civil Trial Law since 1986 and has tried the spectrum of cases including patent and trademark disputes. Pezzulli has one patent issued in his name (4,760,773) and two on the drawing board.
2. http://www.mysticfiles.com/trolls-from-ancient-to-modern/
3. 2013 Patent Litigation Study, PWC 2013 at Page 2.
4. “The Harmful Impact of Patent Trolls on American Business”, Statement of House Judiciary Committee Chairman, Bob Goodlatte. March 2015. http://judiciary.house.gov/index.cfm/2015/3/the-harmful-impact-of-patent-trolls-on-american-businesses