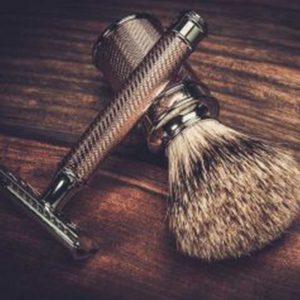 Reading about this patent fight between companies who have us convinced we must constantly replace our blades with newer and sharper ones, the question of how to extend the life of my razor blades piqued my interest. I decided to see how long a person could really get a good shave from one blade.

Believe it or not, I’ve used the same Gillette blade for six months – yes, six months! – and it’s still sharp. It’s a relatively simple process, and you don’t need an engineering degree to do it.

Why razor blades get dull so fast

Razor blades are unbelievably sharp right out of the package. However, if you set your razor down wet after shaving like most people, that moisture combined will quickly begin corroding and warping the blade. After just a few days, your razor starts to drag across your face or legs, and nicks start to appear. Frustrated, you break out a new blade and start the cycle all over again.

Learning from the Samurai

I knew there must be a way to stop the inevitable. As a modest collector of edged blades, I recalled the proper care for a Japanese sword is with product called Abura, a rust-preventative oil sometimes called Choji. Abura is really nothing more than mineral oil with a bit of clove oil added for a distinctive aroma so a Samurai’s wife would not mistake sword oil for cooking oil in the kitchen.

With that bit of knowledge, I picked up some good ole’ mineral oil at the astounding price of $4.24 for 16 fluid ounces. I broke out a brand new Gillette razor blade on March 28, 2016, and shaved with it until May 20 – almost two months with one blade. I decided to go for broke.

Six months and counting!  The How To…

I took out another new blade on May 20. Notice the shine on that brand new blade still in the case.

In a container with about an ounce of mineral oil, I submerged the new Gillette blade and razor. Shaving in the shower for maximum moisture, I dropped the razor back into the oil between each stroke.

Here’s how that blade looked after shaving almost every day for six months.

If you look closely, it has zero rust and looks almost as good as new. I can tell that it’s gradually losing sharpness, but it still gives a great shave. My realization? The real enemy is nothing more than water and corrosion.  Mineral oil displaces water on the blade and keeps it sharp for months.

At the end of the day, you don’t need to fall into the razor wars trap, replacing your razor every week, or spending a fortune on a particular manufacturer’s blade.  Just take modest care of the razor from the start, with the help of a little mineral oil – and thank the Samurai for the inspiration from hundreds of years ago.

Well, at least for us consumers.  The ongoing litigation between Gillette and Dollar Shave Club will likely not be!