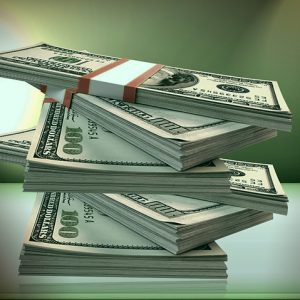 The U.S. federal government has for some time had on the books the Financial Record Keeping and Reporting of Currency and Foreign Transaction Act of 1970, widely known as the Bank Secrecy Act (BSA). The BSA requires financial institutions in the United States to maintain appropriate records and file certain reports involving currency transactions and customer relationships.

Just to be clear, a currency transaction is anything involving the physical transfer of currency from one person to another. That means deposits, withdrawals, exchanges, transfers of currency and other payments. Currency is defined as the currency and coin that is accepted as money in the country of issue, whether that is the United States or another country.

Although the law was enacted to detect criminal profits or prevent avoidance of income taxes, the law prohibiting “currency structuring” is not limited only to those involved in criminal activities.

Resist the Urge to Break It Up

This begs the question “Can I break up my currency transactions into multiple, smaller amounts to avoid being reported the government?”

The answer is a resounding NO. The government calls this “structuring.” It is a federal crime to break up transactions into smaller amounts for the purpose of evading the CTR reporting requirement. Doing this may lead to a required disclosure from the financial institution to the government.

Take, for example, the case of a North Carolina criminal attorney, Johnny S. Gaskins.
Gaskins was indicted for making 38 deposits ranging from $2,700 to $9,980 over two and a half years. He was convicted of seven felony counts of structuring financial transactions with banks for the purpose of evading federal reporting requirements. Gaskins was not only convicted of felony charges, he was also suspended from the practice of law for a minimum of two years, or for the entire length of time he was on supervised release pursuant to the criminal judgment, whichever was longer.

We will discuss more criminal activities that you may not even be aware of in an upcoming article. However, there is little doubt that if you engage in currency structuring transactions, you may well be at risk of spending time in a federal prison.