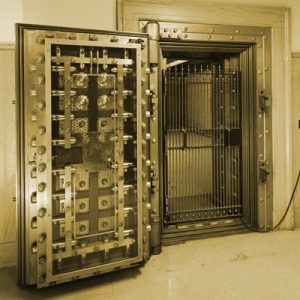 When consulting with an attorney, how can a client feel secure from having sensitive and critical information falling into the wrong hands? When a business person is confronted with an array of technical advisors, consultants and outside experts, it may be worth its weight in gold to bring an attorney on board who can cloak the communications inside the veil of the attorney client privilege.

The attorney-client privilege is the oldest privilege recognized by Anglo-American jurisprudence. In fact, the principles of the testimonial privilege may be traced all the way back to the Roman Republic, and its use was firmly established in English law as early as the reign of Elizabeth I in the 16th century. Grounded in the concept of honor, the privilege worked to bar any testimony by the attorney against the client.

No matter how the attorney-client privilege is articulated, there are four basic elements necessary to establish its existence: (1) a communication; (2) made between privileged persons; (3) in confidence; (4) for the purpose of seeking, obtaining or providing legal assistance to the client. When you have those four basic elements, the privilege attaches and, as the saying goes, your confidential communication is in the vault!

Other than under those specific situations, a client’s privileged information is in the vault, and your lawyer must always protect it. After all, the privilege belongs to the client, not the lawyer.  And as the agent of their client, a lawyer must protect the interests of his client in virtually every situation.

1. Texas Rule of Evidence, Rule 503. Lawyer-Client Privilege.
2. Rule 1.05 CONFIDENTIALITY OF INFORMATION
3. Except under very specific exceptions, including :
(a) A lawyer shall not knowingly fail to disclose a fact to a tribunal when the disclosure is necessary to avoid assisting criminal or fraudulent act;
(b) If a lawyer has offered material evidence and comes to know of its falsity, he lawyer shall make a good faith effort to persuade the client to authorize the lawyer to correct or withdraw the false evidence. If such efforts are unsuccessfu8l, he lawyer shall take reasonable remedial measures, including disclosure of the true facts; and
(c) In the course of representing a client a lawyer shall not knowingly fail to disclose a material fact to a third person when disclosure is necessary to avoid making the lawyer a party to a criminal act or knowingly assisting a fraudulent act perpetrated by the client.