Michael Pezzulli was awarded a Commendation by Special Forces Operational Detachment Alpha, 9134 for his contribution to the overall Counter-Insurgency Fight of his Green Beret team during its combat mission in Afghanistan as a part of the Government Operation Enduring Freedom.

Below are photographs of the award and Commander Peters letter: 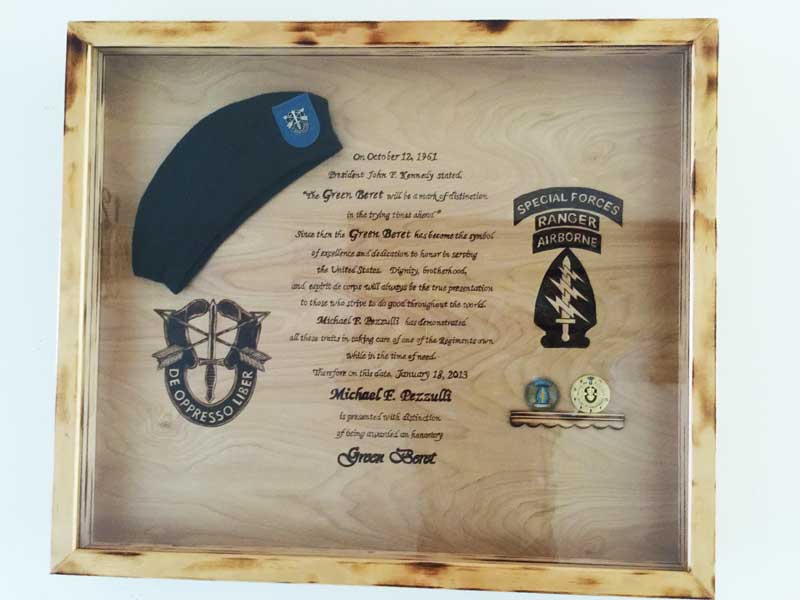 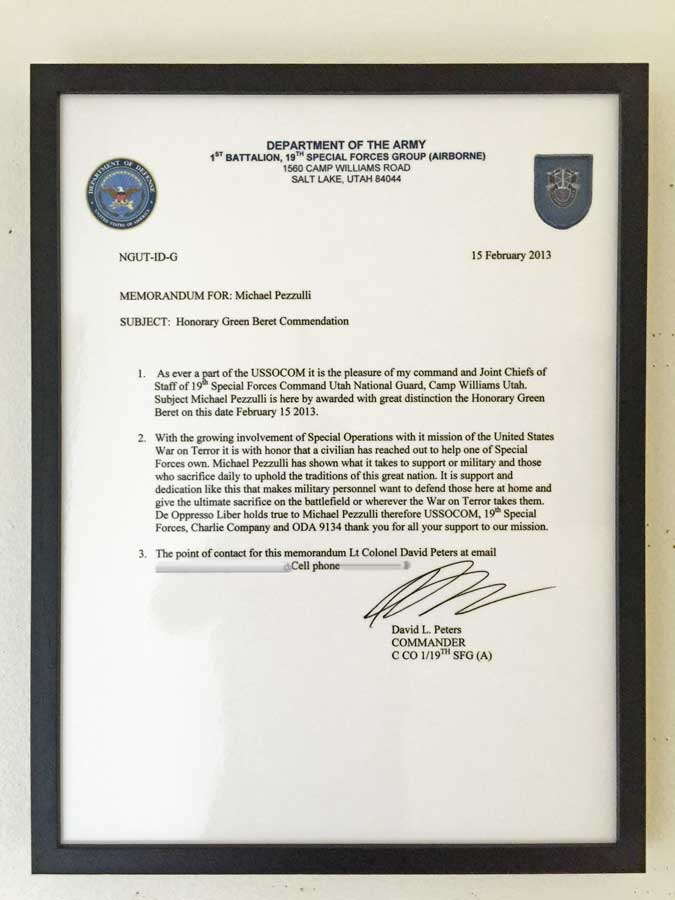 So what does all that mean?

SFODA 9134 means Special Forces Operational Detachment Alpha. If you think of the movie the “A” team, that was a play on an “Alpha” team, which is the specific designation for a Special Forces Team.

From the award plague:

On October 12, 1961 President John F. Kennedy stated, “The Green Beret will be a mark of distinction in the trying times ahead.”

Since then the Green Beret has become the symbol of excellence and dedication to honor in serving the United States. Dignity, brotherhood, and espirit de corps will always be the true presentation to those who strive to do good throughout the world. Michael F. Pezzulli has demonstrated all these traits in taking care of one of the Regiments own while in the time of need.

Practice Areas
What Our Clients are Saying
★★★★★
"My case was complicated. My opponents were very high profile individuals with the ability to hire the best attorneys to defend their egregious actions. Michael Pezzulli did not back down, and my verdict was very favorable. He is a strategist with amazing skills. Most of the time he had them beaten before they ever entered the courtroom!" J. Williamson
★★★★★
"Michael Pezzulli is as good as it gets. You'll be hard pressed to find a litigator with not just the know-how but the experience in the courtroom to back it up. Ethically, you can be assured he is one who upholds the Texas Lawyer's Creed. And as a mediator who has mediated for Mr. Pezzulli, I know that he comes prepared, prepares the mediator, and most importantly, prepares his client." Barry Wernick
★★★★★
"My husband and I have known Michael Pezzulli for over 40 years. When representing us we have found him to be very thorough, decisive and, to our benefit, quite intimidating to the opposing attorney when necessary. He has an uncanny way of communicating to members of the jury and I highly recommend him to anyone who needs legal representation." Jan Richey
View More
Submit a Law Firm Client Review
Law Office of Michael F. Pezzulli